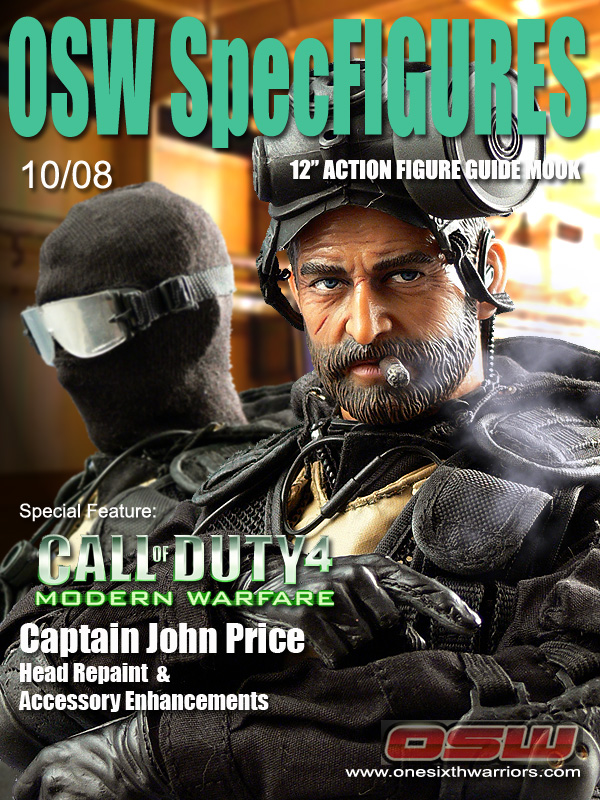 This is the first time I am involved in product prototyping. The sponsoring company is Loading Toys. The character of this prototype is an 22 SAS Regiment member which is inspired by the Call Of Duty: Modern Warfare video game released in 2007.

The SAS team, lead by Captain John Price, appeared in a number of episodes in the game. The idea of this prototype was based on 3 of the missions: “F.N.G.”, “Crew Expendable” and “Mile High Club”.

“F.N.G.” – This is Mission 1 of the game. Soap (the player) was going to see Captain Price for the 1st time and Price said, “What the hell kind of name is Soap? How’d a muppet like you pass selection, eh?”

“Crew Expendable” – This is Mission 2 of the game. Price was his team was riding on a helicopter at night to approach a cargo freighter in Bering Strait.

There was a lightning storm when the team boarded the freighter.

“Mile High Club” – This is the epilogue mission of the game. A team of SAS members were in an unnamed Special Air Service operative battling through a double-decked aircraft to rescue a hostage.

The idea of these CG’s is based on the epilogue mission named “Mile High Club” in the video game Call Of Duty Modern Warfare 1. A troop of SAS stormed into a domestic flight to rescue a VIP hostage. At the end of the mission, before the plane explodes, the team has jumped out of the plane with the rescued hostage.

Only one figure body was created. I further customized a few variants with different heads and weapon to make the team.

Sergeant Carver’s goggles are sticked with a thin layer of silvery material at the back of the lenses.

Private Griffen is just like Gaz without the helmet.

Closer look at the prototype

Price’s Head
The Loading Toys Primo head is a pretty good choice for Price. The quality of the original head is decent. The skin finishing is a little glossy to give some sweaty look. I enhanced the head by repainting the eyes, adding heavier shading to the wrinkles and dry brushing some brown highlights to the beard.

A view of the weapon and accessories.

A quick bash of the terrorist for photoshop CG:

Once again, the SAS 22 Regiment Team

The SAS 22 Regiment figure designed by myself has finally released in Apr 2011.